I was only for one night in Paris, but thankfully I had a great chance to go visiting Louvre museum.

It was my pleasure to visit Picasso museum in Montpellier, France in September 2018.

The Creator of the Blessed Virgin, the One Who gave life and the Faith of the Soil. On the twenty-fourth day of April, 2018, a commemoration was held to commemorate the great synagogue of the mysticism of Attar, Neyshaburi. This circle, called “Simorgh’s Speech”, was entirely about the logic of Al-Tair Attar. At the beginning of this ceremony a music video titled Simorgh was displayed. The symposium with the artistic programs of Lady Simin Mehr, the prominent nationalist and Hadi Arab of the statue of softness, was decorated by Fazel Jamshidi, a singer-songwriter and gentlemen Manouchehr Soheili, Mahyar Soheili and Ehsan Livani. Dr. Moorezhi, Dr. Mokhousi, Dr. Nabavi lectured on the celebration of this literary-cultural gathering. The turning point for this summit was the presence of Mohammad Reza Shafiei Kodakani. Arshash Azizi, the composer of the Symphony “On the Infinite Day”, was inspired by the composer Logic al-Tayyur and Hossein Purnia, as well as Dr. Ramin Talebian and Dr. Maryam Masoumian short speeches.

It was a great honor being host for one of the best and well-known Persian writer Dr. Mohammad Reza Shafie Kadkani.

Parisa Simin Mehr: narration of the story of Sheikh San’an

American Style Magazine goes ga-ga about Baltimore in its May issue listing favorite picks. The Americans for the Arts staff and colleagues in the region have put together some of their Baltimore favorites too–to help attendees at this year’s Annual Convention. This first blog post covers Cultural Activities in Baltimore:

Vancouver / May 15, 2018: BC Culture Days has announced the winners of the 2018 Ambassador and Awards program. Each ambassador will be awarded $1,000 ($500 production budget + $500 Artist Honorarium) to present a Culture Days activity and act as a spokesperson for BC Culture Days leading up to the Culture Days weekend, September 28, 29, and 30.

Besides activating their local communities, ambassadors will engage the public in discussions around arts and culture and encourage them to participate behind the scenes with B.C. artists, curators, heritage experts, creators and other creative people over the Culture Days weekend. Ambassadors will play an important role in B.C.’s communities, sharing arts and culture related stories through the Culture365 blog page, social media, TV, and radio.

posted May 15th, 2018  by Nazanin Shoja in British Columbia, Inspiration

Thanks for joining me! 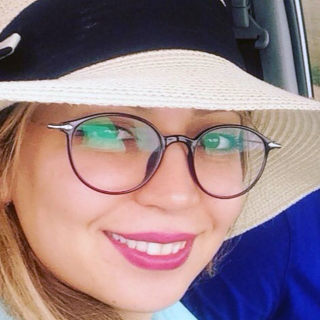 I was born in 1986. I have bachelor degree in graphic design issued by AL Zahra university in 2009. I’ve been a graphic designer for more than 15 years. When I was 15, I fell in love with graphic art and this relationship has continued. My first design was a logotype for my uncle who commented on how creative it was and encouraged me to pursue artistic activities. Since then, I have worked to improve my visual literacy and have learned new digital design techniques in order to create simple and timeless designs. These days, I’m working as a self-employed artist & graphic designer who focuses on cultural activities. I have always been following this slogan "FOLLOW YOUR DREAMS, THEY KNOW THE WAY".